Thanks Razcle, for another great map! I really like this one!

Thanks also to OCD, for the awesome tips and screenshots!

Thank you Ched you’re welcome…hope it helps players who are really struggling and give that edge to others.

OCD, how you can x2 all the other scores? you have a secret strategy or are you cheating?

I,m trying to improve yourself for hours and hours is totally exhausting to barely get half your score … I just got exhausted and bored …

-Obvious one is to have score boosts but only in a kill zone close to the cores prior to that you want to slow down, separate and not fully kill the aliens.
-Killing aliens early in the wave will lesson score allot.
-Save what resources you can to build score.
-Keep cores in housing, floating cores lessen score allot.
-If you lose a core early in the mode you have zero chance of a good score compared to someone who has all cores in housing at end of game.
-Look to make ‘U turns’ this saves on spending and also bunches aliens for Briel.
-If a long mode eg 120 waves spend on boosts to create a long path where aliens bunch up and put down green temporals to bunch them up more and use Briel. Some maps you will get 3 Briel shots in one wave and that can add 1,000-10,000+ resources, do that on a 120 wave map usually starting around wave 50 because thats when you have saved enough to build the pathing.(if an easy map you can start it straight away)
-Long paths with temporals also allow to separate the annoying fast and the slow so suppressors, healers and rumblers get ahead of the heavies making it allot easier to cope with.
-Dont use fast forward on waves that are hard as the towers do less damage. (Later waves dont uses fast forward at all on rumbers and healers as they wont cop good damage)
-If you have just one or two aliens steal a core and they could have died backspace and that causes all towers to fire simultaneously killing them and saving you putting down more towers. (only use this technique if desperate as you lose bonus score build up which isnt much but can help)

-You will never beat a good juggler so that has to be accepted.

My reality is…
-There are many maps that frustrate me wayyyy too much and I wont even finish them
-There are many maps/modes where I have spent days replaying the same mode because I have seen what thing above I could add to increase the score so they are never an easy ½ hour play through.
-Some maps I have to revisit over weeks because nothing is going right and its really frustrating.
-When I first started playing custom maps I thought they were the stupidest thing ever as I had ZERO chance of getting through any but with time things do fall into place. You can only get better 🙂

OCD
Reply to  DjAlonso
Screenshot of Story Leaderboard Open Elite
No problem. This is from Story Leaderboard Open Elite…If I was to do example Super X Grinder 140 waves I would have the whole right side platform with the longest pathing possible with green temporals built as soon as possible to capture more Briel shots. I didnt do it for this 40waves as the resources spent would work out worse than saving resources. All cores pretty much never left the housing and the top left platform was used only to hurt aliens until about wave 30. Everything pretty much died on the small platform in front of the cores and after about wave 30 I had to kill some in the top left platform as they were getting too strong. Basically I never had to spend much until wave 30 which is where most the score came from. Note: when making long paths with no damage your score will suck until the end where your game keeps going when others have ended.

Covenant has huge pathing which I was able to get up early and you will notice no kill for basically all of it.

Green Square is a good example of managing resources, long pathing with huge slowing down. In the kill zone I was super careful not even to upgrade not even 1 tower if it wasnt necessary as to why there are allot of yellow ones.

CM136 V I hate the moving housing so I find a spot to cover all changes and so I dont need to spend much. I didnt slow them down on the bottom platform as it would be too resource heavy and the aliens would have cores and I needed them to die as soon as possible on a score boost to get the cores back. I didnt build on the very top platform because this map made me waste too much resources and I needed to save more. This type of map is the hardest to save resources but i managed to build up to 50K. If I had eg 5K my score would be half.

Good luck with it all now 🙂

OCD
Reply to  DjAlonso
The Octagon screenshots
I have specially took on The Octagon for you because it is allot of thought and work and I have been avoiding it but it will show you what slowing down aliens can achieve.

My pathing which took till wave 30 to setup boosts and temporals
https://steamcommunity.com/sharedfiles/filedetails/?id=2561838407&fileuploadsuccess=1

My score. Note 2 towers sold which was really 1 and 1 boost because I should have had it as a score boost tower.
https://steamcommunity.com/sharedfiles/filedetails/?id=2561841473&fileuploadsuccess=1

My result compared to the nearest player and the score was due to the super long slow down pathing gaining me tonnes of resources.
https://steamcommunity.com/sharedfiles/filedetails/?id=2561842431&fileuploadsuccess=1

Also a note on you shoud be using fast forward to either speed up or slow down aliens to make sure they die in the scoreboost zones, remembering they dont get damaged as bad in fast forward and more on regular speed.

Hope it all helps.
Cheers from Australia

Seriously, hats off to you Sir, providing little pieces of art for an undoubtedly long living community. I really can’t get enough of that splendid map stuff.
Thank you so much! 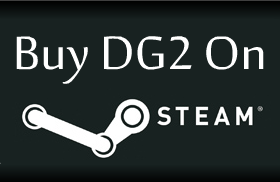